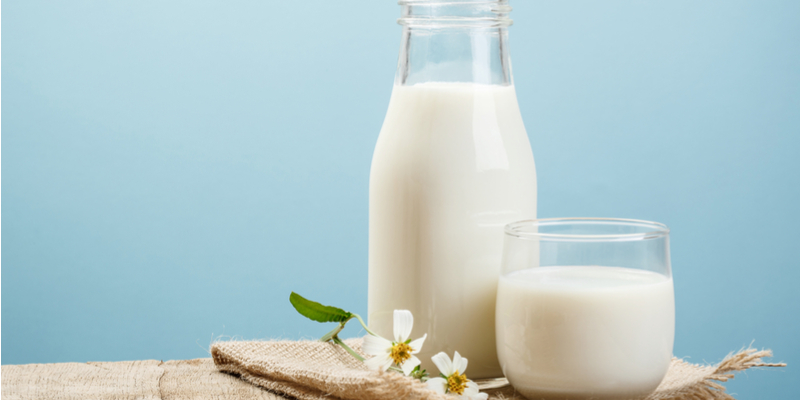 The Health Benefits of Drinking Milk

Milk is packed with protein, calcium and a whole host of other nutrients. For centuries it has been consumed by humans, but today, some swear by it and some are against it. In this post, we talk about some of the health benefits of drinking milk.

A good amount of evidence shows that milk has been part of the human diet for more than 8,000 years. It is a important food for good nutrition and is a necessity for the survival of many populations. In recent years, milk has come under fire. Its nutritional value has been questioned, including its hormone-disrupting, inflammation-inducing and gut-disturbing properties.

However, a published study in 2016 from the National Institutes of Health explains that, “the intake of milk and dairy products contribute to meet nutrient recommendations, and may protect against the most prevalent chronic diseases, whereas very few adverse effects have been reported.”

Milk may not be for everybody, but it does have its fair share of health benefits!

Milk (from animals, most often cows) is a liquid, nutrient-rich food formed from the combination of water, casein protein, fat molecules, lactose and vitamins and minerals. It’s a good source of protein and carbohydrates, two macronutrients which are necessary for energy production.

Milk contains a smattering of micronutrients like calcium, magnesium, phosphorus, vitamins B12 and D. These nutrients have a wide range of health benefits, from strengthening bone mass, maintaining red blood cells, preserving nerve and heart health and regulating blood pressure.

Plant-based milk such as those made from soy, almond, coconut, hazelnut and rice are flying off supermarket shelves. These plant-based milks are rising in popularity because of claims that they reduce the risk of lactose intolerance and can have even more benefits than cow’s milk.

The rise of alternative milk in the Australian market is estimated to be worth $150 million. This number has grown quickly in the past few years. Meanwhile, milk consumption in Australia is higher compared to other Western nations, with the average Australian drinking 105 litres of fresh milk every year.

Looking for refrigerated transport in Rockhampton? We’ve got you covered. Get in contact with us today.