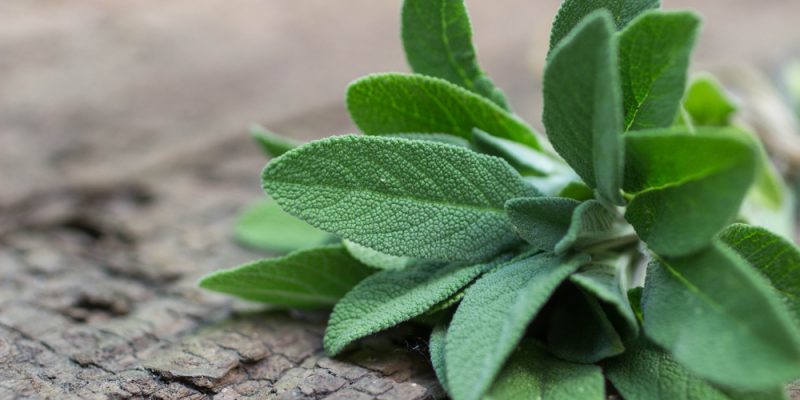 The Health Benefits of Sage

Sage is very closely related to rosemary and the perennial woody herb is packed with health benefits and culinary uses. Sage’s aromatic and earthy, slightly peppery flavour makes it the perfect addition to meat dishes and savoury meals, and it is often used alongside rosemary in cooking.

It’s medicinal uses stretch back thousands of years, where it was once used to treat things like snakebite, protecting against evil, and boosting female fertility. While these treatments might not hold up in modern society, there are many health benefits that have stood the test of time.

Sage is native to the Mediterranean region and in ancient Rome it was considered particularly helpful in the digestion of the ubiquitous fatty meats of the time, and was deemed a part of the official Roman pharmacopeia.

The French began to grow crops of sage to make tea, which the Chinese quickly became enamoured by and started trading four pounds of Chinese tea for one pound of sage tea.

In 812 AD, sage was deemed so important that Charlemagne (Emperor of the Romans during the 800s) ordered it planted on German imperial farms, largely due to the lucrative trade business as well as its medicinal popularity.

Sage has also been used for centuries in spiritual ceremonies, particularly in Native American and the Indigenous Peoples of the Amazon. Burning sage is seen as one of the purest methods of cleansing a person or space.

Sage is in the salvia family and grows very well in Australia as it is fairly resistant to drought. The shrubby plant has soft greyish-green leaves and a flowers in a variety of colours, usually light to dark purple. It’s in season all year round, but it grows best during summer, spring and autumn.

You’ll find it in your supermarket or local greengrocer.

There are many health benefits of sage, some more researched than others. Here’s a few key benefits:

Getting the Most Out of Sage

Selection – Fresh sage leaves should be aromatic and should have no soft spots or dry edges.

Dried sage is preferred by most cooks and comes in whole leaf, rubbed, and ground form. Rubbed sage has a light, velvety texture, whereas ground sage is more of a free-flowing powder.

Storing – Wrap the leaves in paper towel to draw out moisture and store in a plastic bag in the refrigerator. Use within 4 to 5 days.

If you want to freeze it, wash the sage and pat dry, then remove the leaves from the stem and pack loosely into a freezer bag. They can keep for up to 1 year, but remember that freezing will intensify the flavour.

For dried sage, store in an airtight container in a cool, dry place out of sunlight and use within 6 months.

Preparing – Pick the leaves from the stem, wash them and pat dry with paper towel. You can use the leaves whole or chop them.

Cooking – There are many ways to cook with sage, try adding it to your pasta sauces, roasted with vegetables or in a stuffing for meat and poultry, or for a simple, delicious garnish, quickly fry it in butter and pour it over risotto, pasta, or pumpkin dishes.