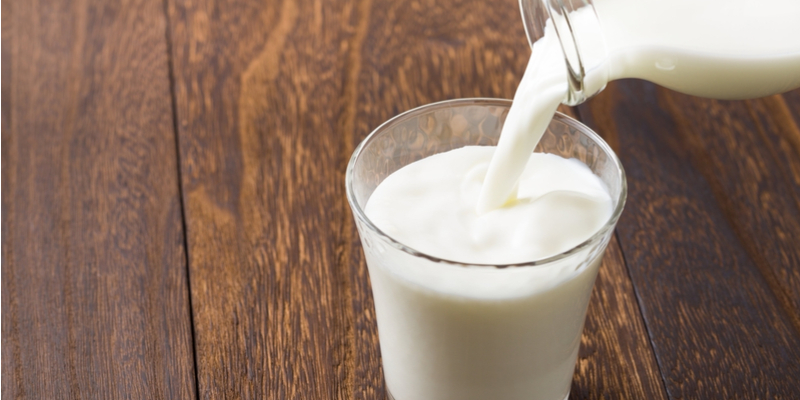 Milk Alternatives: Which Should You Choose?

“Drink milk so you grow up big and strong!” You may have heard something like this as a kid, but there are so many options of ‘milk’ now, which milk do you choose? In this blog post, we share a quick rundown of a few milk alternatives on the market.

It is known to be a great source of calcium and the fortification of cow’s milk with vitamin D allows for more calcium to be absorbed by the body. 1 cup of dairy milk has 1 µg of vitamin B12, or a little less than half of the Recommended Dietary Allowance. While it’s also known to contain essential proteins, unfortunately whole cow’s milk has high amounts of fats and calories which are not good for those with a heart condition or trying to maintain a healthy weight.

It also contains lactose which can be a problem for those who have a deficiency of lactase enzymes, which the body uses to break down lactose in milk. For those lacking in this enzyme, drinking milk can cause uncomfortable digestive problems. Luckily, the dairy industry came up with variations to address these issues – with lactose-free cows milk.

Almond milk is made from ground almonds and filtered water, but it may also contain starches and thickeners to improve its consistency and shelf life. Since almonds contain calcium, it is one of the best calcium-rich milk alternatives on the market. It has a creamy and nutty taste that is similar to cow’s milk.

Almond milk is lower in calories than other milks, as long as it is unsweetened. It’s also free from saturated fats and is naturally lactose-free. However, its protein content still ranks low amongst other milk alternatives. It goes without saying that people who are allergic to almonds or nuts should avoid almond milk.

For Aussie-grown almonds, check out Luz Almond to try their Almond Milk.

Soy milk is made from soybeans and filtered water. Like other plant-based milk alternatives, it may contain thickeners to improve consistency and shelf life.

Because it comes from plants, soy milk is naturally free of cholesterol and low in saturated fat. It also contains no lactose. Soybeans and soy milk are a good source of protein, calcium (when fortified), and potassium. Probiotic or fermented soy milk is also available – it’s an even better choice, particularly for people with high blood pressure. Of all the non-dairy milks available, soy milk has the most protein and in that regard is comparable to cow’s milk.

The taste of soy milk is nutty and slightly sweet, with a hearty, rich and creamy mouth feel. It’s good for drinking straight from the glass, poured over cereal or in coffee. When it comes to cooking, soy milk is one of the best milks to choose. It can be used in place of cow’s milk in any recipe.  It is stable at high temperatures which makes it a good choice for savoury dishes and sauces. In baking, soy milk is also one of the best choices because of its high protein content.

However, too much soy may be a problem for people with thyroid disease or other conditions. A 2008 Harvard study demonstrated that higher intakes of soy-based foods could cause fertility problems and lower sperm counts. Soy is also a common allergen. People who are allergic to soy should not drink soy milk.

The Queensland Soy factory source high quality, GMO-free soybeans from Toowoomba. If you’re looking for refrigerated transport Toowoomba or around this region, get in touch with us today.

With generally about 4 grams of saturated ‘good’ fat per serving, coconut milk is an alternative that ranks highly. It is made from filtered water and coconut cream, which is made from grated mature coconut flesh.

Despite its name, coconut is not actually a nut, so people with nut allergies should be able to eat it safely. Coconut milk is more accurately referred to as a “coconut milk beverage” because it’s a more diluted product than the type of coconut milk used in cooking, which usually is sold in cans.

As with other plant-based milk alternatives, coconut milk often contains added thickeners and other ingredients. Coconut milk does not naturally contain calcium, vitamin A, or vitamin D, but it can be fortified with these nutrients. Coconut products have become more popular in recent years, partly because they contain medium-chain triglycerides, a type of fat. Some research suggests this type of saturated fat may actually help with weight loss. However, saturated fats in general are associated with increased risk of heart problems, so further research is needed.

For all things coconut-y, check out JT’s Essence, they have their headquarters right here in Rocklea, Brisbane. We can help you with everything Refrigerated Transport Brisbane.

This milk doesn’t top the list when it comes to calorie-to-protein ratio due to its high calorie content and low protein content per cup. However, it is low in fat, and enriched rice milk has calcium, vitamin D, and B vitamins added. Look for “unsweetened” varieties to avoid additional unnecessary sugar per cup.

Rice milk is made from milled rice and water. As with other milk alternatives, it frequently contains additives to improve consistency and shelf stability. Rice milk is comparably thinner than other non-dairy milks. It is made by blending boiled rice with water and adding a sweetener.

Some people think rice milk has the closest taste to cow’s milk. It has a light, sweet flavour that is good for adding to coffee, pouring over cereal, or added to desserts. Its delicate texture makes it work well in soups and light sauces but it may be too sweet for more savoury recipes. Rice milk can be used for baking but because it is so light, the recipe will probably require some other type of thickening agent such as flour, xanthan gum or cornstarch.

It’s the least likely of all milk alternatives to cause allergies. That makes it a good choice for people with lactose intolerance or allergies to milk, soy, or nuts. While rice milk can be fortified with calcium and vitamin D, it’s not a natural source of either, just like soy and almond milks.

Based in Victoria, you can get one of the best rice milks on the market at Pure Harvest.

If you want to include a new milk in your diet, it’s always a good idea to consult a health professional beforehand. Other ‘milks’ you might like to try include Hemp milk, Oat milk, Goat’s milk and Flax milk.