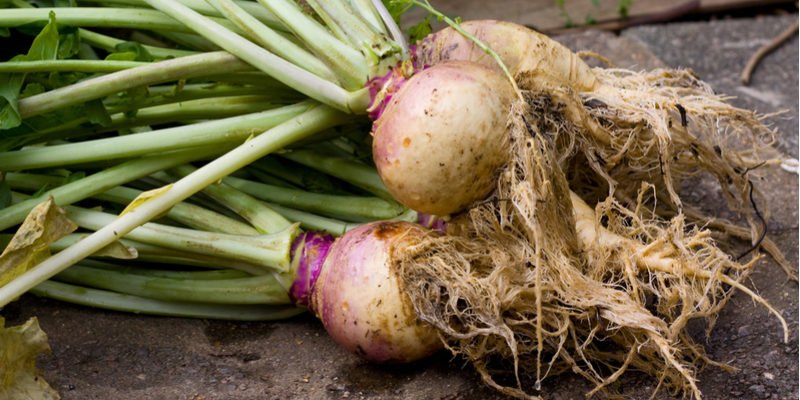 In this post, we shine a spotlight on Swedes (the vegetable, not the people).

Swedes (more commonly called ‘rutabaga’ in North America) are one of the most underrated vegetables. They’re a great source of vitamin C and contain a high level of dietary fibre. Swedes are also famous for their sweet and delicate flavour, which matches many dishes. Plus they have a great texture and distinct colours of half purple and half cream.

Swedes are known as winter vegetables as they are only available to cold regions. In Australia, you can sow Swedes from February until November which is the best time for the colder temperature swedes require. Some of the best stores offering swede seeds are Diggers Club, Yates Seeds, and Eden Seeds.

Some confuse a swede for a turnip, and while they are similar there are many differences between the two vegetables. First, swedes are much bigger than turnips – they can be as large as a shoe, while turnips are usually smaller, they can be the size of a golf ball. Turnips also have smooth skin compared to swedes which have a rough texture. Taste-wise, turnips have a peppery taste, whereas swedes are sweeter and have an after-taste due to its strong earthy flavour.

Below is a great recipe from www.taste.com.au

One fact that you should know about Swedes is that they are extremely hard in preparation. Many injuries come from preparing vegetables like swedes or turnips due to the difficulty of chopping them. But don’t be scared! Choosing bigger, stronger knives and use a solid surface to cut them on. It’s well worth it once tasted.