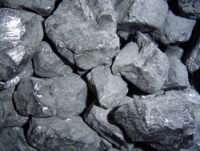 As the world becomes more and more focused on developing cleaner, alternative energy sources, fossil fuels continue to be readily used… But for how long?

Fossil fuels refer to minerals and sources such as coal, oil and gas. However, while they may still be readily used currently, just how popular they will be in the future remains to be seen.

Over the past couple of years, a number of countries have implemented carbon emission schemes that aim to reduce the use of fossil fuels to a particular threshold. To achieve these schemes, different countries are investing in either new energies, implementing carbon tax schemes or integrating both of these approaches together.

Of the fossil fuels out there, coal is one of the most highly utilised. Currently, 90% of the world’s mined coal is used for power generation. It’s a significant slice, but it’s also the chief reason as to why coal could potentially become obsolete or overtaken by a viable alternative.

A popular alternative that has been popping up around the world is natural gas. It’s less harmful towards the environment and atmosphere and would help reduce greenhouse gas emissions if implemented on a more global scale. However, that does not mean natural gas is clean.

Regardless, if more people start investing in natural gas or even cleaner alternatives such as wind and solar, it could inherently impact on the demand for coal as a source of power generation. So if coal becomes a less needed source for its key utilised purpose, then that could lead to large drops in demand, supply and mining.

The other problem facing coal is the cost required to run coal mines. In the US and similarly here in Australia, the operational costs of coal mines are typically more expensive or essentially the same cost as those associated with natural gas mines. As costs either remain the same or increase, this could be a potential issue if demand does indeed drop off.

One of the large determining factors of whether coal will still be considered as relevant in the future is how governments decide to approach the ever-growing issue of global warming. While naysayers may state that global warming is a myth, there is plenty of science to prove otherwise. Furthermore, the longer global warming continues for, the harder it will become to combat.

The reason behind this is because the earth’s atmosphere essentially has a 100 year lag in terms of being able to clean itself out. So even if we were to completely stop using fossil fuels and other harmful energy sources in one fell swoop and adopt a 100% clean and renewable energy source, it would take an entire century before the benefits of the switch would truly become apparent.

Ultimately, though, any reduction is better than none, and this is a fact that governments are taking into consideration. If global warming worsens, then even greater measures will be taken, which could include heavier investment in cleaner energies and a progressive phasing out of antiquated, dirtier energy sources – this is what coal would fit into.

But while the investment in cleaner energy is a positive mood, a reduced demand and the death of coal would ultimately leave thousands of people without jobs. An ideal resolution for this would be for those who are mining for coal to then be transferred to mining opportunities around other energy sources. However, a transition this clean would be a miracle.

So for the time being coal will continue to be used, but eventually, whether through regulation, new energies or fossil fuels simply being completely excavated and used, coal will become obsolete. A number of environmentalists and scientists believe we’ll run out of fossil fuels this century. It’s important that we start looking to future to secure jobs and the wellbeing of the planet for both its sake and the sake of future generations.

What do you think? Will coal become obsolete anytime soon?